Birth Of The Bitcoin Blockchain 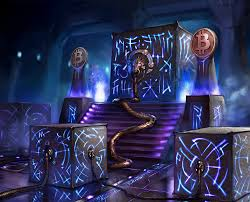 Card Description : This is where it all began, the Genesis Block, source of all Askian's secrets and wealth but also cause of greed. Now, it's up to history to be written...

Spells Of Genesis artist, have given us the conception of an alien source in the creation of Bitcoin. Wouldn't that be great! The Byzantine generals problem was insolvable until Satoshi Nakamoto, whose identity is still unknown, mined the Genesis block and birth the Bitcoin Blockchain.

In total 1000 cards were created but 443 were burnt. This card is divisible which was a mistake on SOG part as it created a situation where some people bought fractions of the card from the Counterparty DEX. Although 557 cards is the maximum number in existence. The true number will never be known as like Bitcoin owners may have lost passwords or keys.

For what it represents, The Genesis Card is truly a collectors item. Like a limited edition copy of the "Mona Lisa" this NFT was issued by Everdream Soft on Sunday July 05 2015 to commemorate the birth of the Bitcoin blockchain. There will never be anymore of this special issue.

We could always trade NFT tokens on the Counterparty DEX, Open Seas, Counterparty dispensers to name a few, but these are not well supported and not real places for price discovery as Theo Goodman proved when he auctioned an FDCARD for $45,000 on 21 March 2021 in his telegram channel @NFTAUCTIONS.

The FDCARD was the first card released by Everdream Soft and it was not related to the Bitcoin story. It was to support a project to reward participants who donated idle CPU time towards crunching protein folding algorithms for curing diseases. We can look at it as a proof of concept exercise. Still it fetch $45,000 as it was the first known institutionalised NFT. Prior to this it had also traded for $20k on a Counterparty dispenser perhaps in anticipation of the auction. Theo Goodman's auctions made the jump from hobbyist to serious collectors for Tokenised NFTs, in part due to the current intense interest in NFTs and also promotion of his auctions on Twitter and other social networks.

The hunt is now on for an NFT to memorialised and immortalised the birth of the Bitcoin Blockchain. As humans beings we have this need to discover and mark a source for posterity. The Genesis Card from Everdream Soft seems to be a likely candidate.

Depicting it as a manifestation from an unknown alien source conjures up thought provoking emotions of  mystery, adventure and excitement. Time will tell.

The value of an NFT is not set in stone. It is not guaranteed. It is worth only as much as what the next person is willing to pay for it. NFTs issued by celebrities may have value but will certainly fall in value as their popularity fades. NFTs depicting great work of art together with copyright ownership will hold value.

NFTs issued by Everdream Soft, Spells Of Genesis series telling the Bitcoin story will always be in demand because they were the first and were made when nobody thought anything of it. It was not clear then that Bitcoin or the blockchain could even survive. Early adopters like early Bitcoin adopters are mostly just lucky if they still retain ownership of their Tokens!

It would be interesting to see how much the Genesis Card would fetch at auction if one was offered. The rarity of a card is not the arbiter of value. It is what it represents. It is history. It is prestige. It is the comfort of ownership. Ultimately it is demand. Price is discovered when supply meets demand. Always have and always will.

The value of an NFT could also be tied to access. Because ownership can be proven it could be used for invitation to events. Imagine a gathering only open to owners of a particular NFT. There will be other benefits we can't even imagine for now but these attributes make them different from Bitcoin and other Store of value tokens. NFTs can have intrinsic value baked into the design.

Satoshi Nakamoto mined the Genesis Block on January 3 2009. This started the Bitcoin blockchain and the whole blockchain revolution. Embedded in the block was the message " The Times 03/Jan/2009 Chancellor On Brink of Second Bailout For Banks " Many people interpreted this as Satoshi's intention for bitcoin to replace Cash. ( In depth article on the Genesis Block by Daniel Phillips - Decrypt )

Why was this revolutionary?

Up until then anyone could make an exact copy of anything digital. However if we embedded that digital information in a Bitcoin block, it is time stamped and that information can never be altered in any way. If we encoded a very large file and stored the encryption code in the blockchain, it will prove that we have the original copy of the file because changing anything in that file, even a comma would result in a different hash. It is this property that was so revolutionary and was credited as solving the Byzantine General's problem. This discovery is worthy of a Nobel Prize. We can even embed code in the blockchain which enables us to create self executing contracts. ( Smart Contracts )

From this beginning different types of  blockchains, private, public, proof of work, proof of stake and more have been created to solve specific problems. Everything we do, from supply lines, finance, identity and more will be recorded on a blockchain.  By enabling micro payments at scale, the internet of things will become a reality. Things can transact! Your fridge can order and pay for your groceries all by itself.

The Bitcoin whitepaper was first published by Satoshi Nakamoto on October 31 2008 and the Genesis Block was mined on January 3 2009. Rather than 10 minutes there was a 6 day gap between the genesis block and the next block. Also interesting is that the block rewards from the Genesis Block ( Block 0 ) can never be spent.

Let us take a step back. What are the necessary steps and conditions before we can even begin the process of mining the first block? We know that this was a garage type operation as no large organisation have ever claimed responsibility and in the early days you could mine Bitcoins on a laptop.

As far as we know, the only account of Bitcoin genesis was recounted in this Craig Wright interview.

1) The genesis block was inputed directly into the code.

2) There was 69 machines running Bitcoin code at his home and on a farm in a cowshed 3 hours travel time apart.

3) Window's "patch Tuesday" was the reason for the gap between the genesis block and the first block and it took the six days to get the system up and running again.

Most of what he describes and claimed can and should be verified, if we are serious in getting to the truth. Was the first blocks mined in Australia at that location? Did he buy 69 computers? Did he buy those Window licences. Why offer "patch Tuesday" as the reason for the 6 day gap unless he actually lived it? ( Some have even suggested that it was a religious thing, that God created the universe in 7 days ). The Genesis Block was coded into the software on Monday. His system started running and Windows upgrade happened. Blocks went out of sync and he had to fix and restart. The Genesis block did not changed because it was hard coded, which explained the 6 day gap.

There was an argument put forward that January's 2009 patch was released on 13 January 2009 after the Genesis block on 3 January 2009. Someone could explain the difference between patch Tuesday releases and updates and how they were rolled out in different countries. I presume December patches are updated in January and Microsoft have been known to rush or pull patches as they see fit. 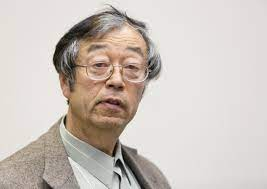 Unless someone else offer another explanation Craig Wright's account is the best we have for the Genesis Block. I will be happy to include that narrative here as well. It will make the topic all the more interesting. Whether we like Craig or not does not matter, the truth matters and truth does have a habit of surfacing.

With all the history and back history associated with Bitcoin, link to the The Genesis Card every time we see that surreal and alien like image, it conjures up emotions in us about the myth and mysteries surrounding the Birth Of  Bitcoin.

Note : Please feel free to contribute in the comments to improve this page and to use, for promoting your sales.
Posted by phanpp at 2:34 PM