History will record that we are living through a period of unprecedented economic and social change on a global scale. Never in history have we seen central banks keep interest rates at zero and negative in a bid to stave off deflation. Never in history have we seen major countries printing money and devaluing their currency in a race to the bottom.

Under normal economic conditions when central banks prints money we get inflation and a debasement of the national currency. Yet with all this money printing we have not seen this happen except in countries like Somalia, Venezuela and Argentina. Sadly, Venezuela and Argentina are not the exceptions. They are the precursor of what is to happen to all fiat currencies.

What is a Bitcoin?
It is created through a process called mining*, A 25 bitcoin reward every 10 minutes for being the first successful computer to add the next transaction block to the blockchain**.

When created these bitcoins are sent to an address in a wallet, and are thereafter sent from address to address be it in the same wallet or different wallets. You can create a wallet from a website like bitaddress.org. Each bitcoin is divisible by 100,000,000 satoshis and you can send as little as 1 satoshi.

A wallet has a Bitcoin address and a Private key. When the wallet is created it is empty.

Anyone can send a bitcoins to this wallet but you can only spend it (send it) only if you know the private key.

If someone gets hold off, guess or hack your private key they can send all the bitcoins in it to another wallet that they control. To send a bitcoin you must use a wallet management program such as on Blockchain.info Here you import the wallet you created on Bitaddress.org

You can get bitcoins by mining for it, purchasing it from other bitcoiners, bitcoin ATM's, trading platforms and accepting it as payments for your goods and services. After you get some they are sent to your digital wallet at your bitcoin address.

Before you panic, it is impossible for someone to brute force and hack your private keys as explained by James D'angelo in this video Bitcoin 101 - Quindecillions Kudos to the magic of large numbers. If you know the private key you can regenerate the public key but not vice versa.

The last bitcoin will be mined sometime in 2140 and there can only be 21 million bitcoins ever. Each bitcoin is divisible by 100,000,000 and the smallest unit is called a Satoshi in honour of the founder Satoshi Nakamoto. Most likely a pseudonym as his/her/their identity have never been discovered.

To recap: bitcoins are created by a process called mining, and all the bitcoin ever created since the very first block are still in existence contained in digital wallets. Some of these bitcoins are locked away forever because the owners have lost or forgotten the private keys.

Anybody can see how much bitcoin is held in a bitcoin address but will not be able to hack or find the identity of the owner. Imagine that. It is like leaving the doors and windows to your house wide open so that anybody can see what's inside but nobody can break in to steal anything. Some bitcoin addresses have over 100 million dollars in it, yet hackers have not been able to brute force their way in.

With bitcoin you can select total anonymity or total transparency, which is good for organisations wanting to gain customers trust such as charities.

The blockchain is a giant ledger where every bitcoin transaction is recorded. A copy of this ledger is held on millions of computers called nodes all over the world. This distributed network is the strength of the bitcoin system.

A new block containing bitcoin transactions is added by a miner every 10 minutes, and the successful miner is rewarded with 25 bitcoins. This is incredible. You don’t have to pay anybody to maintain this vast computer network. The system has built within itself it's own reward mechanism.

The invention of the blockchain is considered to be the greatest invention in our lifetime and is poised to disrupt every industry and system that depends on a trusted intermediary. Bitcoin is money and money impacts every aspect of our lives. So be prepared to see disruptions on a massive scale. Be prepared to see blockchain technology in banking, money transmission, micro transactions, peer to peer lending, voting, accounting, escrow services  and so much more.

Blockchain technology is a technology for the people. It gets it's power from the people adopting and using it. It moderates the power of repressive governments and entrench institutions of power. To me this is the aspect of Bitcoin that I find most interesting. It shifts power back to the people generating the wealth and limits the ability of governments and institutions to tax without their permission. A real pain point for autocratic and corrupt governments.

We have seen the internet shift power away from mainstream media to content producers. Digital media shifted power from mega studios to the artist. Bitcoin because it is money, will shift power to wealth creators. New technology does not displace the incumbent rent seekers, it just makes them irrelevant over time.

Bitcoin as a currency 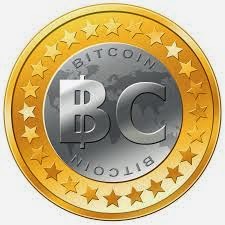 Bitcoin is Money. Bitcoin is a Global Currency. You can spend bitcoin in almost every country of the world from the USA to Bali in Indonesia, and the number of global merchants accepting bitcoin is increasing by the day.

Multinationals like IBM and Overstock.com accepts bitcoin. Low fees make it great for mom and pop stores. The ability to do micropayments make it the perfect currency for the internet.

Arguments about whether bitcoin is money is nonsensical. Any token that can be used as a unit of exchange is money. The measure is how widespread the acceptance of that token, be it air points, bartercard points or telephone minutes.

Many people find it hard to accept bitcoin because it is not issued by a government or controlled by a central bank. We are so conditioned to money having the backing of legal tender by a sovereign state, that a currency like bitcoin without this security and backing is hard to comprehend. Yet bitcoin's strength is precisely because it is accepted by a large and growing global community. It is a perfect market with inbuilt feedback loops for value determination. It's value is totally dependent on it's user base.

Another aspect of bitcoin that many people find hard to accept is that it is limited to 21 million coins. This should not be an issue as one bitcoin is divisible to 100,000,000 units called Satoshis. This scarcity feature that makes it a good store of value. Fiat currencies are not a good store of value because it is continually being debased by money printing and inflation.

Bitcoin as a Store of Value

Bitcoin potential and role going forward will be store of value. It will form the reserve on which all other derivative currencies and applications built on it's platform will function.

It's scarcity due to the hardcoded 21 million limit underpins it's growth in value as adoption increases.

Bitcoin is poised to become a reserve currency and a safe store of value.

Why Bitcoin is here to stay

With so much economic and political capital at stake, you can be sure every effort have been made to derail the fledgling crypto currency from negative propaganda, banning, and refusal of financial services. Yet the system has not been broken and adoption is growing daily and globally at an accelerated pace.

Investments in the bitcoin ecosystem is growing exponentially with 2015 expected to be in excess of 1 billion dollars. Most governments are at a loss as to what to do as unfavourable regulations will only drive these companies and jobs to more favourable jurisdictions.

Outright banning and making it illegal will not stop it as there is no central point to attack and shut down. Users can use wallet companies based in foreign jurisdictions. It makes a mockery of currency controls as anyone can walk across borders with millions of dollars in bitcoins secured by a passphrase.

A bitcoin transaction is instant with 10 minute confirmation time. It can be used to transact large values or small values at low to nil cost, across borders and distances. It is the first truly global currency and it is here to stay. It is still in the early adoption stage but is poised for explosive growth.

A word of caution. In such an environment there will be mavericks and scammers preying on the gullible and innocent. After all it is MONEY.


Get A Bitcoin Wallet 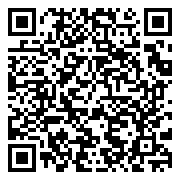